According to Ghana’s 2010 Population and Housing Census, more than half of Ghana’s economically-active Ghanaians are self-employed.

But while high entrepreneurship numbers hint at a stable economy, entrepreneurs say they are feeling the heat from heading their own businesses.

“Before, I would have said [entrepreneurship is] thrilling and exciting. It was about being able to have the opportunity to spread ideas,” said Ekow Mensah, a Ghanaian entrepreneur with businesses in several industries. “But now people look at us as if we are thieves. One of my major challenges is that people perceive us as criminals.”

He said the recent fall of several Ghanaian banks is partly to blame for the negative public perception about entrepreneurs. He explained that since the collapse of the banks, consumers and investors alike have had a hard time trusting business owners. In many cases, Ghanaians resort to spending money on foreign-owned products as opposed to local ones.

But the problem spreads internationally.

A Nielsen and Essence report shows that in coming years, African-Americans will purchase enough goods and services to topple $1.3 trillion, but only a fraction of that will be spent at black-owned businesses.

“It was government intervention that created a white, asset-based middle class,” said Darrick Hamilton, an associate professor of economics and urban policy and director of the Milano Doctoral Program at The New School in New York, to the New York Times. “And it’s going to take government intervention to create a black, asset-based middle class as well.”

Mensah agrees, but said, “to be fair to the [Ghanaian] government, it is trying its best. But why isn’t the government working with already-existing businesses and indigenous people? This is what differentiates Ghana from the U.S., U.K., India and China. [These countries] pride themselves on their own.”

Another challenge facing entrepreneurs in Ghana is the mindset, said Mensah.

“We are very local in our mindset. Most of us just want to make money and see our dreams come true,” but added that to truly be successful the necessary structure must be put in place to make Ghana “globally-competitive.” 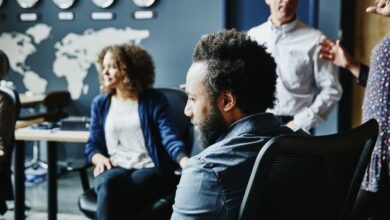 The Right Way To Grow Your Business Internationally