According to him, old students must attend the ceremony in their numbers to ensure a spirit of togetherness and devoutness towards the school.

Furthermore, he said the old students must support the association in the discharge of its duties to ensure the plans earmarked for the occasion are achieved.

He made the call when he addressed participants on the sidelines of a health walk organized by the group as part of activities to commemorate the anniversary of the school.

The walk was held on Saturday, February 2, in Accra. It was sponsored by “Awake purified drinking water.”

The walk took participants through some principal streets of Accra; starting from the SSNIT Guest House through the GBC road to the Kwame Nkrumah Circle, and then they went through Adabraka using the Trust Towers road to the Accra Psychiatry Hospital and then making a turn at the Ridge Roundabout.

The procession then walked along the road leading to the College of Physicians and Surgeons, and then back to the starting point where the participants had refreshment to crown the day.

They wore the anniversary’s Lacoste and T-shirts and other sporting attires.

Prior to the walk, the participants were led by a gym instructor to indulge in aerobics to strengthen their muscles.

The walk had the presence of the Ghana Police Service to direct oncoming vehicles to ensure the safety of lives of participants.

One remarkable highlight of the event was spotting past students who had completed as far back as the 70’s associating with the younger generation to make merry.

A lot of personalities in the country who are past students of the school; including Samuel Atta Mensah, the CEO of Citi FM and Titi “da pen slayer” Layo made it to the event.

In an interview with Pen It Multimedia, some of the participants in the walk expressed optimism that the school’s growth and development would be enhanced by the upcoming anniversary.

An old student of the school, Rita Kazmil said: “This activity was a success. You can see that there are a lot of people who live outside Accra but were still in attendance.

“It shows that the anniversary would be bigger, and I am of the firm conviction that we the past students would do everything within our power to see to it that our school enjoys success.”

One other participant, Mr Isaac Quansah also called on the past students to take advantage of the benefits the anniversary would bring by attending the ceremony.

“I would entreat my fellow colleagues to attend the event. They shouldn’t miss the opportunity to be part of this reunion and celebration.

“The power of networking to help our Alma mater has been with us for long and won’t die any time soon. Now is the time to form a more formidable force to push the school’s fortunes forward.”

The 60th anniversary celebration of the school is slated for February 16, 2019. It would be held on the school’s campus in Agona Swedru.

The activities which have been earmarked include; an awards night to be held on Friday, February 15, 2019, to honour deserving past students and other distinguished personalities of the school, and a grand durbar on February 16, 2019.

The durbar is expected to have President Nana Addo Dankwa Akufo-Addo as the guest of honour; Mr Samuel Atta Mensah, CEO of CITI FM as the guest speaker, and Mr George Owusu, a co- founder of E.O Group as the Chairman.

The aforementioned activities would be preceded by a symposium, an inter-school’s quiz competition, a candle light procession, “Swesco’s strongest,” and a gospel rock show.

The school is considered the first Ghana Education Trust (GET) school established by the first President of Ghana, Osagyefo Dr Kwame Nkrumah, in 1959.

The Agona area, where the school is located in Swedru, was producing about a quarter of the cocoa in the Central Region during Nkrumah’s time. Swesco was set up in appreciation of the efforts by the cocoa farmers, which became the first institution to be set up under the GET Fund; hence the name Piesie.

The operation of the school started with an initial enrollment of 187 students in 1959, made up of 118 form one students and 69 students picked from other schools to start form two.

The school is currently headed by Mrs Alberta Obiriwa Rigg-Stewarts, who is also a past student of the school.

Products of the school

It is worthy to note that Mr George Owusu, the expected Chairman for the anniversary, who is also an alumnus of the 1967 year group, was the then country manager of Kosmos Energy when Ghana first discovered oil in commercial quantities.

He is touted as the “oil magician,” for having spearheaded the unrelenting campaign to convince Kosmos Energy Company to come into the country to drill oil after Ghana suffered several rejections from various international companies which had completely written off the nation as a place without oil. 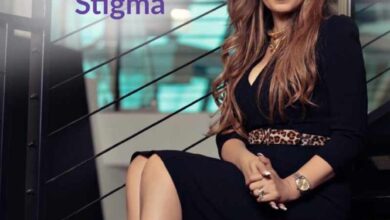