Historic sites in Ghana are an important feature that tourist should not miss. Majority of them tell stories of oppression, survival, and ingenuity. Ghana is one of the most progressive countries in West Africa. Located along the Atlantic Ocean and the Gulf of Guinea, Ghana is recognised globally for its unique cultures, particularly the Kente. Ghana also played a major role during the trans-Atlantic slave trade era. The Ghanaian government has done a good in preserving some of these historic monuments and relics. From monuments that are now part of UNESCO World Heritage sites to ancient tribes, Ghana has a lot of historic sites that bring up some strong emotions. If you love antiquities, plan to visit the following historic sites when you visit Ghana.

#1 – The Traditional Buildings of The Asante Kingdom 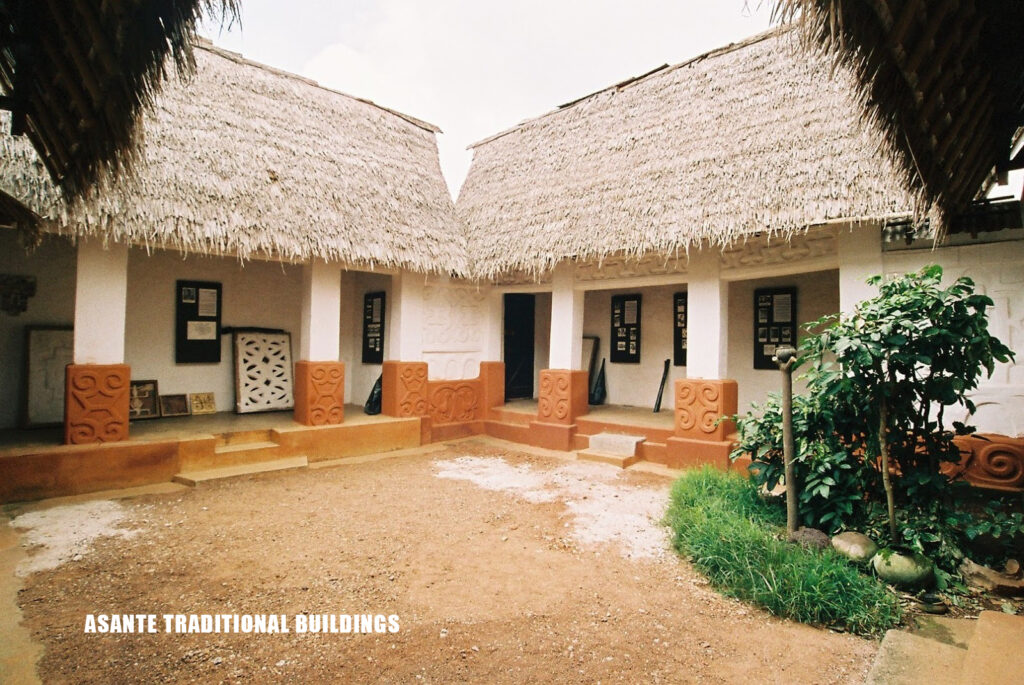 The Ashanti Kingdom was a great force to reckon with in the 18th century and still remain influential to this day in Ghana. Their militaristic nature allowed them to control large areas with significant gold deposits. They ruled a vast area of present-day Ghana before the arrival of the Europeans in 1806. This historic site contains thirteen houses built by the Asante Kingdom. During the European reign, a significant number of the Asante buildings were destroyed. However, the surviving buildings are now cultural emblems. In 1980, they were recognized as one of the two UNESCO World Heritage Sites in Ghana. These buildings consist of clay or mud walls and roofs made from woven palm branches. They have a geometrical design embellished with stylized animal emblems.

This historic town, Jamestown, is one of the two oldest districts in Accra. The second is Usshertown. As early as the 17th century, Jamestown already had communities. By the end of the 19th century, it already had heavy development. Jamestown remains useful today as a great fishing harbor. The area has witnessed a tremendous population growth over time. The most prominent structure of Jamestown is the lighthouse. The original structure is the handiwork of the British as early as 1871. However, the present structure came to be in the 1930s. The Jamestown lighthouse has an imposing height of 28 meters. From the summit, you will get a bird’s eye view of the Ussher Fort, the Bukom district, and the James Fort. Jamestown is today a popular tourist destination and one of the important historic sites in Ghana.

This is the second UNESCO World Heritage Sites in Ghana. These fortified trading posts were built between the 15th and 18th century. These magnificent buildings span about 500 km, sandwiched between the coast of Beyin in the west and Keta in the east. Over the century, the fort witnessed a succession of occupants including traders from Denmark, Britain, Germany, Holland, Portugal, Spain, and Sweden. Consequently, they played an important role in gold and slave trade. The Ghanaian forts are better preserved than other forts in the neighboring countries.  In 1979, UNESCO recognized this monument as a World Heritage Site.

This national park dates back to 1931 but it was not until 1992 that it became a national park. The park covers an area of 357 km sq. The major attraction of this park is the canopy walkway. This is the first of its kind in Africa. It is also one of the only three locations in the continent with a similar walkway of length up to 350 meters. The walkway links six gigantic trees and reaches a height of forty meters above the floor of the forest. Other features of the park include hardwood trees of heights up to 65m, medical plants, and the Sun Bird Trail. Majority of tourists want to have a feel of the walkway. Therefore, if you are planning to visit this park, arrive on time.

This is one of the historic sites in Ghana that attracts lots of visitors. The Ghana Tourist Board in 2008 announced it earned about $500 million from tourists visiting this area. The origin of this slave camp dates back to 1704. Slave raiders came to Paga and the surrounding communities and held people as slaves. This unchecked activity led to the establishment of slave camps in the area. Located in Upper East Region, Paga Nania looks desolate. What remains are water troughs in the rock, observation posts, and grinding stones. The management is asking the government to renovate the camps to make it attractive again.

This lake is sacred according to the Ashanti people. The people believe the souls of the dead converge here to bid their farewell to the goddess Asase Ya. This lake is over 1.07 million years old. Firstly, Lake Bosomtwe is till date the only natural lake in Ghana. Several studies suggest the crater on which the lake sits must have been from the impact of asteroids. Chromis bosomanus is a species of fish predominant in this area. However, this lake faces the risk of drying up. There is an ongoing debate for this historic site to be part of UNESCO World Heritage sites. Consequently, it will help to preserve this sacred water.

The funding for this cathedral came from the British government. The Holy Trinity is part of the Anglican Diocese of Accra. This ancient building was completed in 1894 but was made a cathedral in 1909. The most remarkable feature of this fortress-like structure is the rectangular bell tower. The church is not only a place of worship but also one of the historic sites in Ghana that tourists want to visit. The resident tranquility within the walls is a respite from the bustling city noise.

The name Salaga is a derivation from “Salgi”, a Dagomba word meaning “To get used to a place”. The Salaga market was an important trading route linking the northern and southern Sahel. Its location in East Gonja district is strategic making it an important trading route for agricultural products. However, in the trans-Atlantic slave trade era, it also served as a route for moving slaves to the coast for onward exportation. Series of events led to civil war in 1892. Consequently, this led to the decimation of the population of this area. To reach the Salaga slave market, you will need a ferry through Yeji if coming from Kumasi. This difficult terrain is the reason why the Salaga slave market is one of the historic sites in Ghana with the least visitors.

Human beings have a natural survival instinct. The Gwollu slave defense wall is one of the historic sites in Ghana that highlight how far humans can desperately fight for survival. Gwollu is a small town in Sissala West district in Upper West Region. The Gwollu wall dates back to the 19th century. It was built by Gwollu Koro Limann and its main purpose was to defend the people against slave raiders. Most of these walls have been lost to environmental factors. However, the surviving wall is at the border town of Gwollu. Gwollu also holds other important tourist attractions like traditional bone-setting clinic and crocodile pond. The tomb of the former president, Hilla Limann (1979-1981) is also here.

The facility is a 15th-century building by the Swedes to facilitate gold and timber trade. However, it was later used as a holding facility for slaves before they were shipped to America. The British Public Works Department began restoration work of the castle in the 1920s. After Ghana’s independence in 195, the Ghana Museums and Monuments Board took over the care of the building. The building now services as a museum and house slave-related artifacts and documents. The rusting canons on the walls paint a vivid picture of the fortification of the facility. 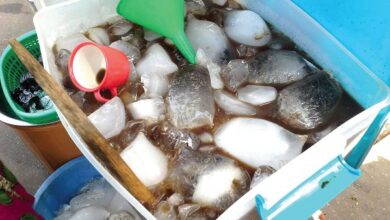 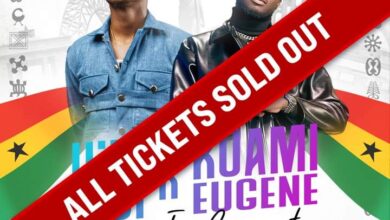 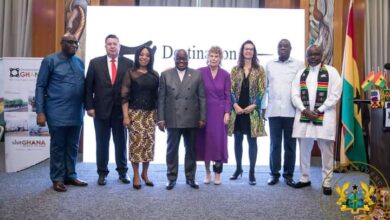 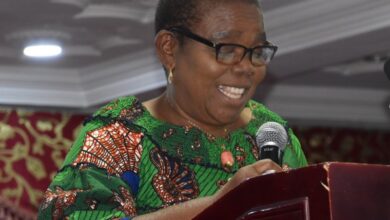 2022 Projected To Be Productive For Tourism In Ghana