The 2022 Champions League final will be played in Paris after Russia was stripped of the match following the nation’s invasion of Ukraine.

The final of Europe’s most prestigious club competition was due to be played in St Petersburg on 28 May.

Meanwhile, Russia’s Formula 1 Grand Prix, due to take place in Sochi in September, has been canceled.

F1 says it is “impossible” to hold the event in “the current circumstances”.

What else is happening in sport?

Manchester City’s Ukraine defender Oleksandr Zinchenkojoined a vigil in Manchester city centre to show support for his country and may face Everton at the weekend, while West Ham’s Ukraine winger Andriy Yarmolenko has been given some time off by the club

‘A time of unparalleled crisis’ – Uefa

Uefa said the Champions League final would not be held at the Gazprom Arena and would move to the Stade de France in Paris instead.

Uefa thanked French President Emmanuel Macron for “his personal support and commitment” to have the game moved to France at “a time of unparalleled crisis”.

It added: “Together with the French government, Uefa will fully support multi-stakeholder efforts to ensure the provision of rescue for football players and their families in Ukraine who face dire human suffering, destruction and displacement.”

It is the third year running the venue of the Champions League final has been moved – the previous two due to the coronavirus pandemic.

The decision to strip St Petersburg of the final has been criticised by Russian sporting and political officials.

What was the reaction to Uefa decision?

Manchester United interim manager Ralf Rangnick, whose side are in the Champions League last 16, said it was “inevitable” and the “right” decision.

“Sadly I think it’s the worst reason to change location. This is not good news but it had to happen. There are things more important [than football],” said the German.

While expressing his sorrow at the situation, Paris St-Germain coach Mauricio Pochettino said the final being held in the French capital would provide “extra motivation” in the club’s bid to become European champions for the first time.

Russian Football Union (RFU) president Alexander Dyukov, who serves on the Uefa executive committee and is the chief executive of Gazprom subsidiary Gazprom Neft, said he “could not support” the move.

“We believe the decision was dictated by political reasons. The RFU has always adhered to the principle of ‘sport is out of politics’,” he said.

Kremlin spokesman Dmitry Peskov added: “It’s a shame that such a decision has been made. St Petersburg could have provided all favourable conditions to hold this festival of soccer.”

Labour’s Lucy Powell, the shadow culture secretary, agreed it was a “welcome step”. 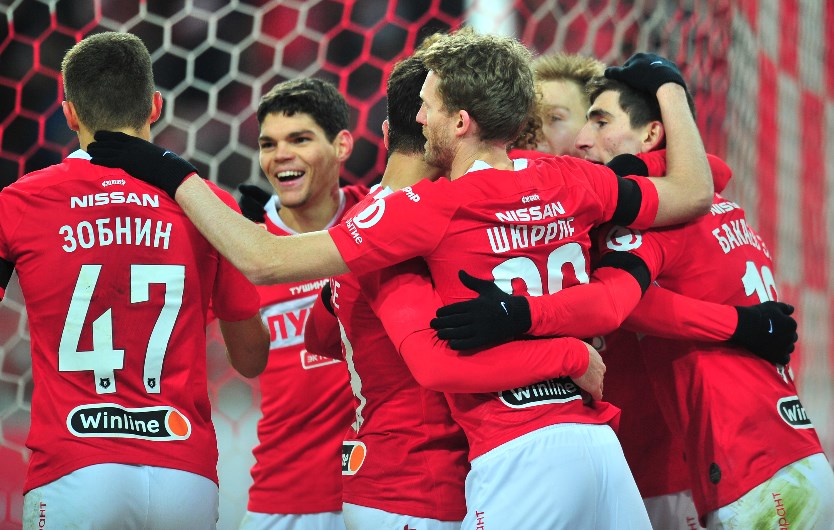 At its emergency meeting on Friday, Uefa also ordered Russian and Ukrainian clubs and national teams to play their home matches away from the region “until further notice”.

Spartak Moscow are the only Russian team left in European club competition this season and have been drawn against German side RB Leipzig in the last 16 of the Europa League.

That decision was also criticised by Russian football’s president Alexander Dyukov as “violating the sports principle and infringing on the interests of players, coaches and fans”.

Russia and Ukraine are both scheduled to play 2022 men’s World Cup play-off matches in March, with world governing body Fifa saying on Thursday it was monitoring the situation in the region.

Russia is due to host Poland in Moscow on 24 March, while Ukraine travels to Scotland on the same day.

In the statement announcing its decisions, Uefa did not mention its long-term relationship with Russian state-run gas giant Gazprom.

Gazprom is one of Uefa’s major sponsors in a deal worth about £30m each year.

But BBC Sport understands Uefa is taking legal advice as it looks at ways to end the association, which began in 2012, after recognizing the concerns around the company.

As well as holding the naming rights for St Petersburg’s 68,000-capacity stadium, Gazprom is also the main sponsor of German club Schalke.

Schalke announced on Thursday the logo of the company would be removed from the club’s shirts.

Alex Phillips, a former Uefa executive and now an independent adviser to Fifa said Uefa will have to “seriously revise who they accept sponsorships with”.

He told BBC Radio 4’s Today programme: “When I was at Uefa I was head of compliance and I wrote a series of regulations recommending that this sort of relationship should be, at the very least, out in the open and regulated.”