Popular Ghanaian television host and actress, Joselyn Dumas, has bemoaned the activities of the Ghanaian media in the discharge of its duties.

According to her, the media had contributed largely to the problems the country was facing.

She also said a lack of support from the citizenry towards each other had played a big role in the country’s stunted growth.

The celebrated actress indicated that the negative publicities sent out by the media were preventing the country from benefiting from foreign investments and other aids.

“The outside world is ready for Africa and when they turn necks to see what this little country of ours [Ghana] is up to, what positive narrative is the media pushing? Degrading stories!

”Meanwhile, the media lose sight of the amazing article-worthy achievements Ghanaians are chalking,” she said.

She advised the media to disseminate positive reportage about Ghana and the African continent, adding that the citizens themselves had to come together to nip the canker in the bud.

“The ‘Pull Him Down’ mindset cuts across and runs deep and it’s cancer. I refuse to partake in it, never have. It is sad, sickening, mind-blowing & pathetic. 💔 Be happy for your neighbour and push them. That’s how doors are opened for others to have access,” she said.

According to her, the growth and development of the country would be expedited if the media painted a good image about the country, saying “How would we grow if all we do is write degrading stories and enjoy bringing people down?”

The tweet has opened up a dialogue where some Ghanaian tweeps have expressed their frustrations and personal experiences related to the issue. 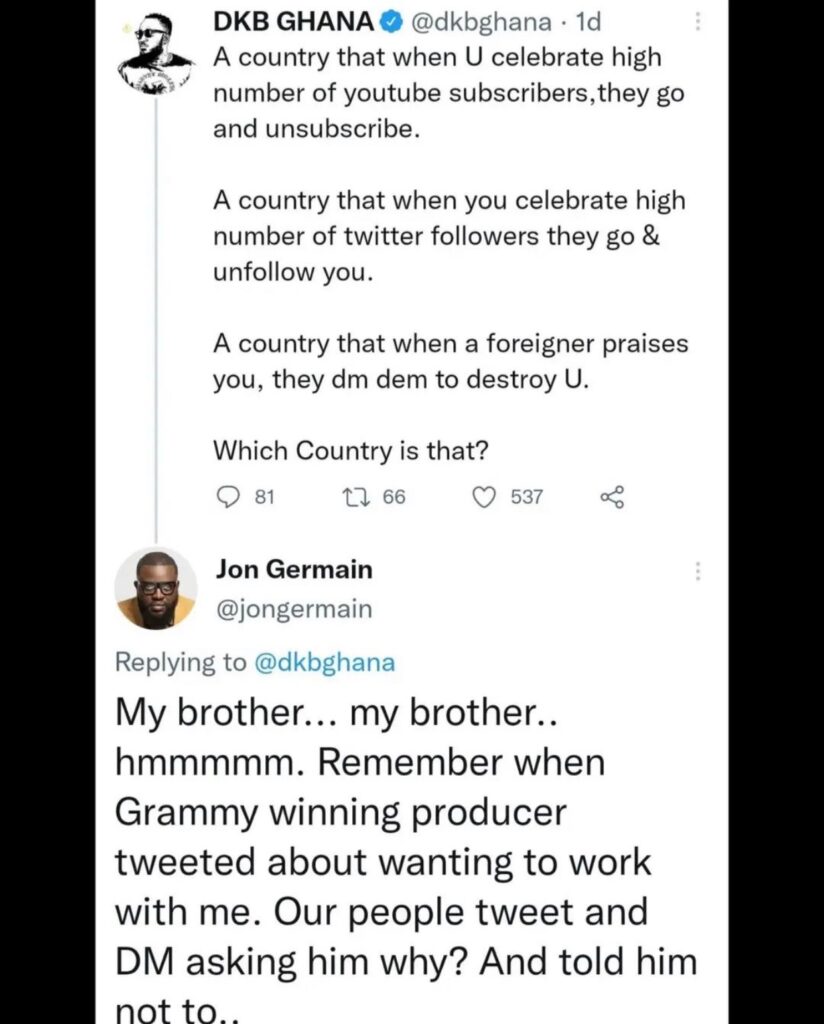 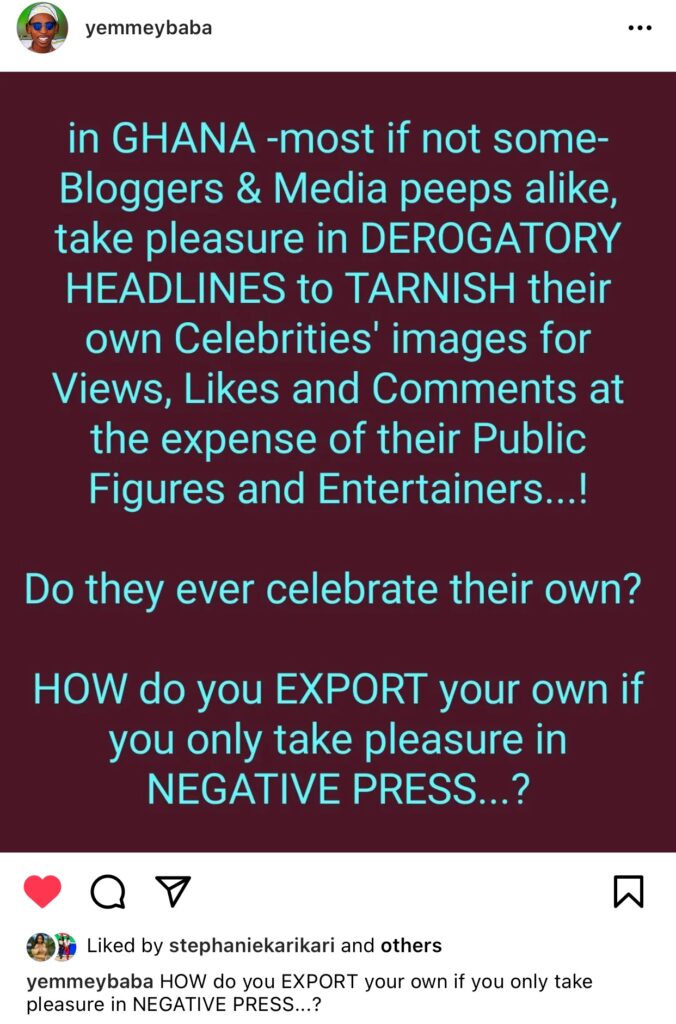 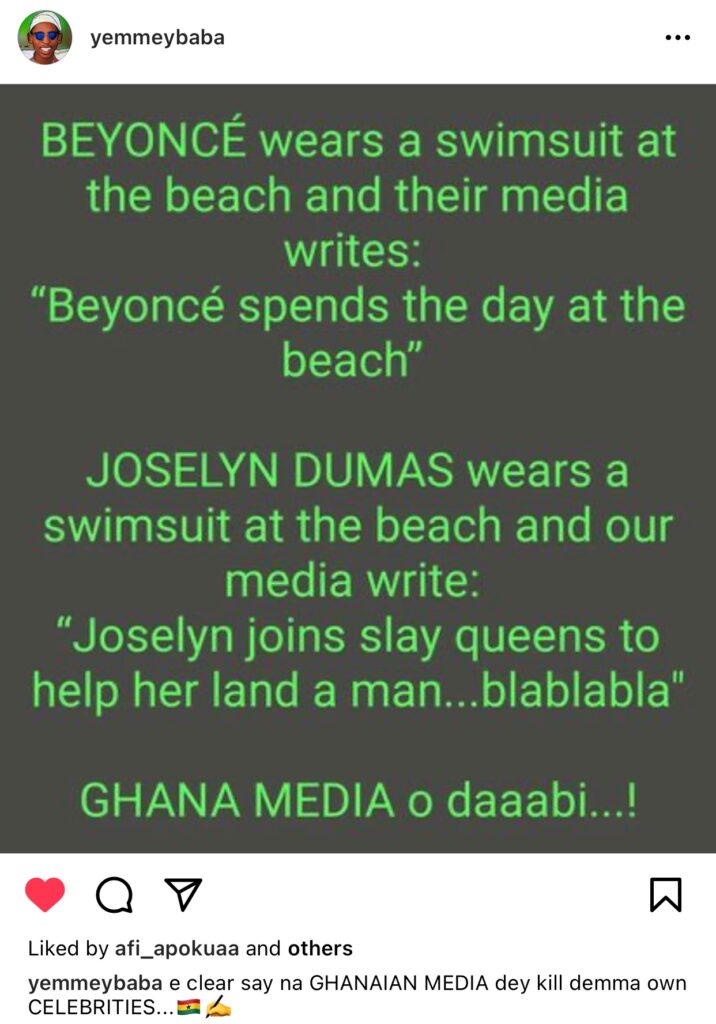 Pursue your passions and not money- Ben Brako to Ghanaian youths